Empire at Wall Projects at the Old Rope Factory, Montrose. 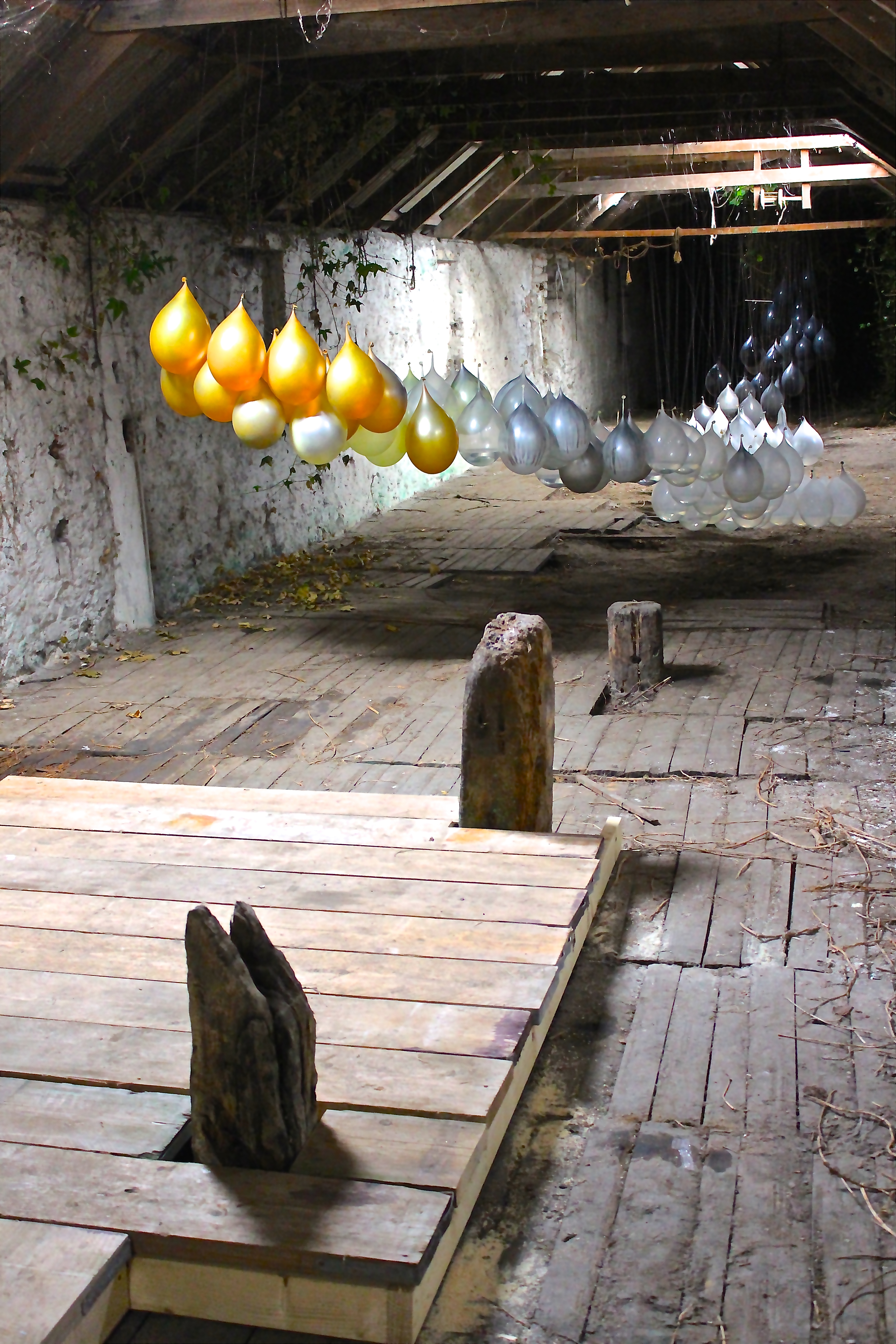 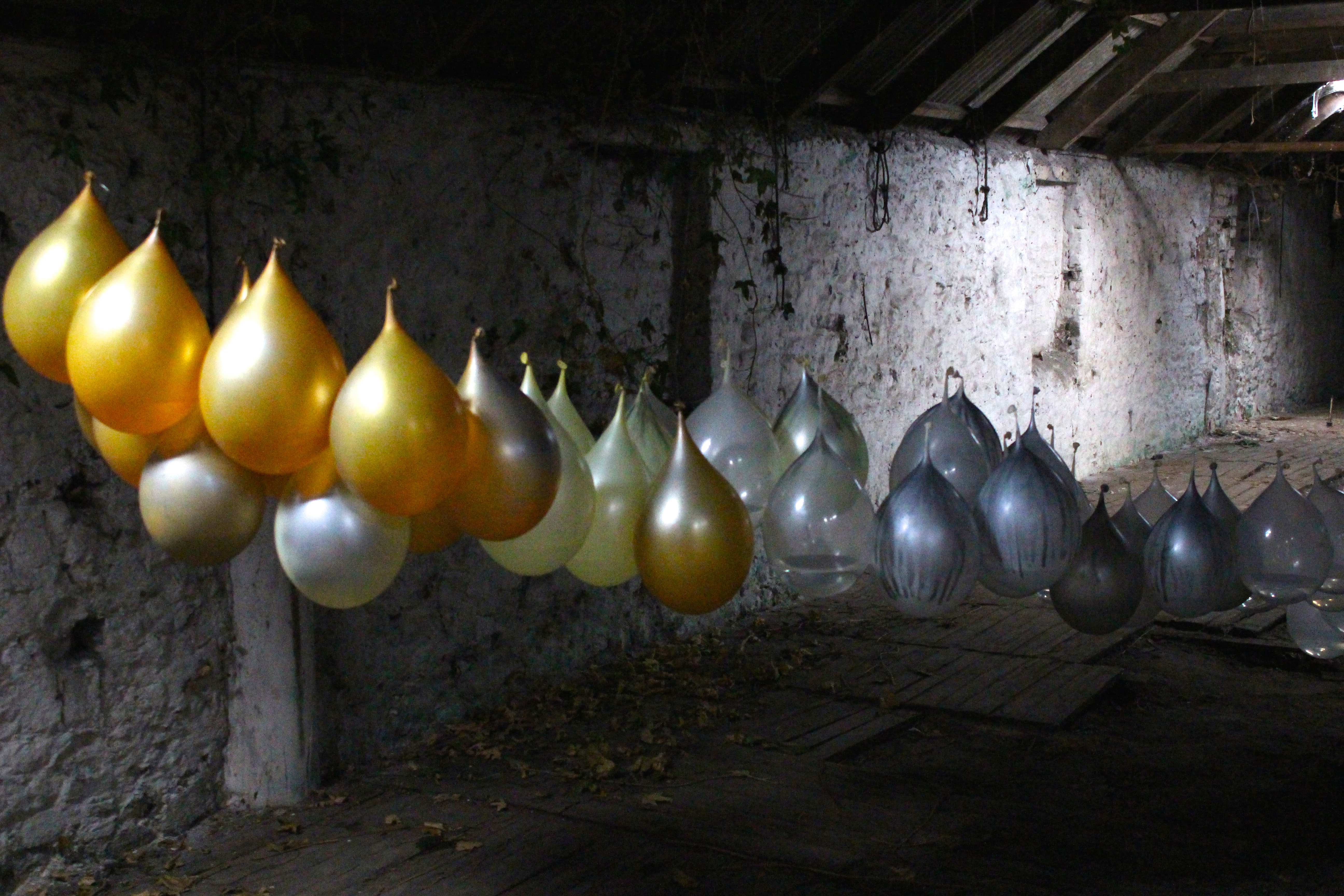 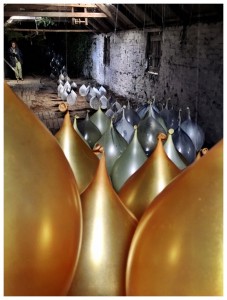 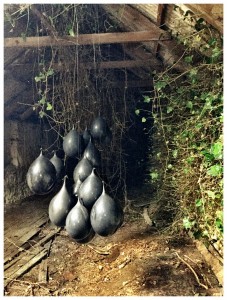 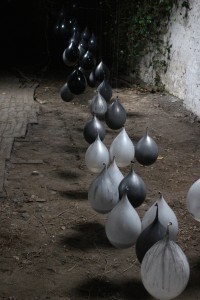 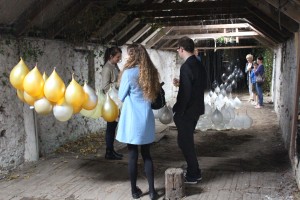 Juliana Capes deals with what she calls the “Empire of Carbon”. Dozens of balloons, pinter with graphite dust, gradually turn from grey to gold, representing the way oil and other forms of carbon become “capital”.   Giles Sutherland, The Times 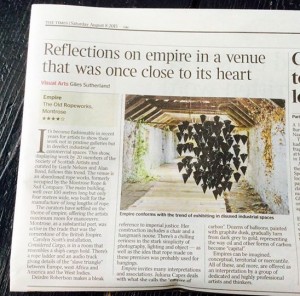 “Meltwater a sweep of half-filled and graphite-smeared balloons by Juliana Capes, that have a shabby beauty just as they remind us that Empire was driven by the desire to exploit others for their natural resources.” Moira Jeffrey Scotsman