“After winning the SSA Award 2015 for her installation Aquifer in the 2015 exhibition, Juliana Capes was invited to make a ambitious new installation for SSA 2016. She is exhibiting an installation of lost umbrellas, sourced from Lost property departments, that break boundaries and soars through the iconic spaces.

Entitled “Diaspora (paradiso)”, the flock of lost umbrellas is taking flight, moving en masse and crossing thresholds to escape the curse upon those umbrellas who open indoors. Influenced by images of the refugee crisis and Gustave Dore’s Paradiso etchings, showing the soul’s progress towards heaven, Juliana ponders what it takes to change an individual’s fate. “ 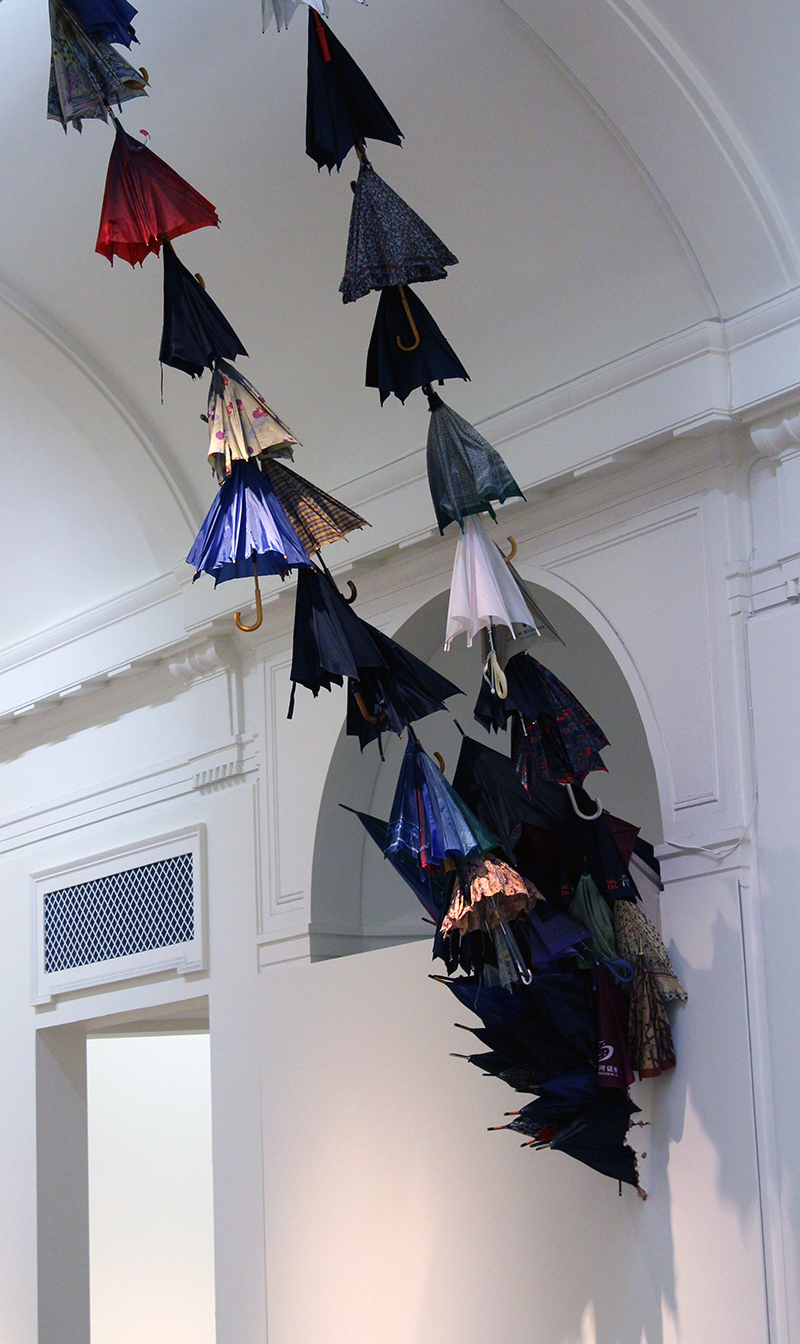 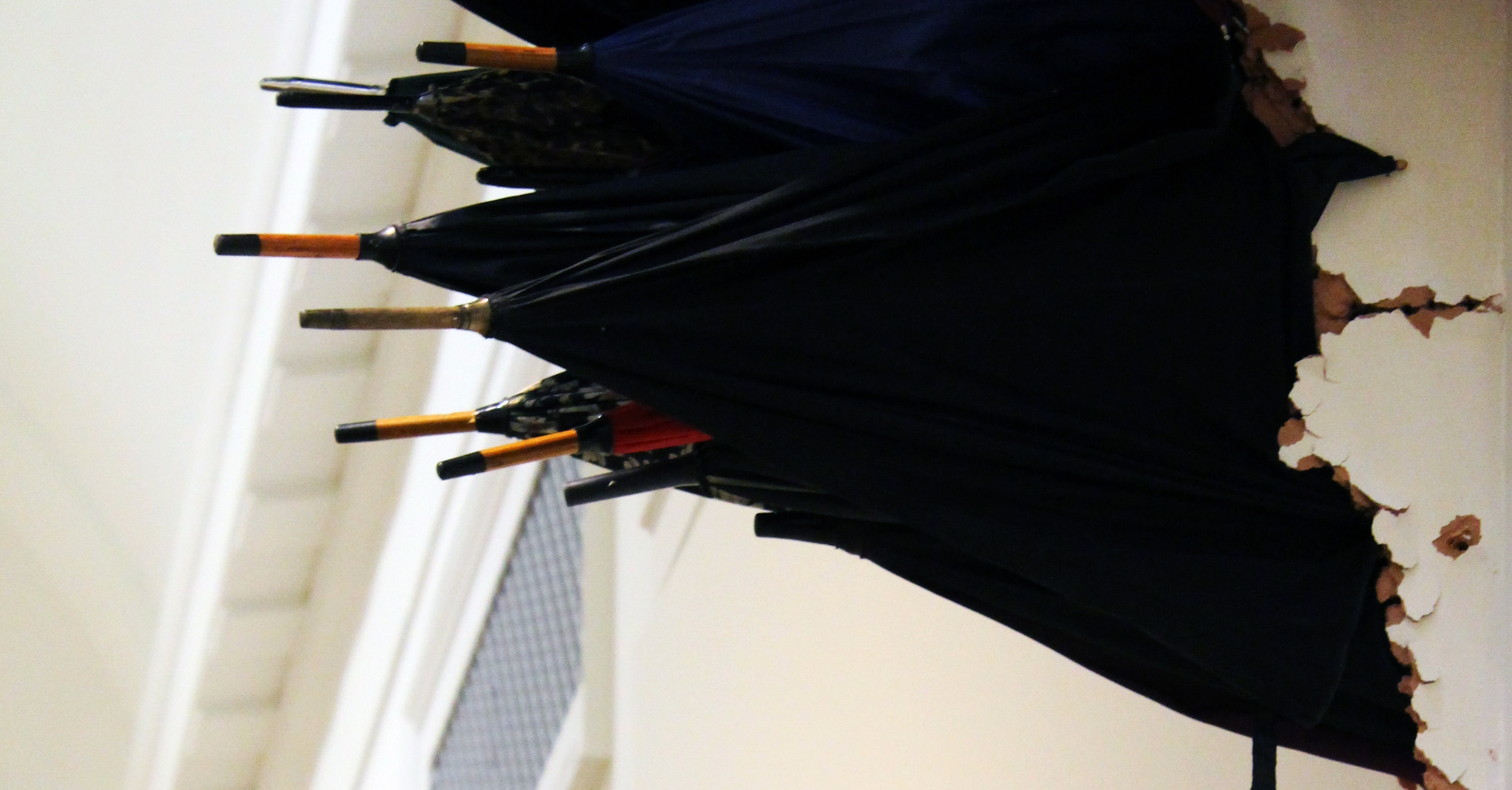